Dr. David A. Fraser, a co-founder of NorthSea Therapeutics B.V., formerly worked as Group Lead Discovery R&D at Pronova Biopharma AS, part of BASF. Prior to joining Pronova in 2008, he worked as a post-doctoral fellow at Oslo University Hospital, primarily focused on diabetic microvascular complications. He also held a position as Research Officer at Menzies School of Health Research, Darwin, Australia in addition to posts at Nycomed (Denmark) and Aventis Pharma (Norway). He obtained his Ph.D from the University of Oslo, Norway where he studied immune and endocrine responses to acute starvation in patients with rheumatoid arthritis and holds an MSc (with distinction) in Human Nutrition and Metabolism from the University of Aberdeen, Scotland.​​ 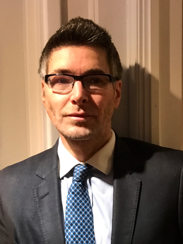